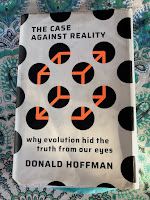 If Donald Hoffman had categorized his book “The Case Against Reality: Why Evolution Hid The Truth From Our Eyes” as new age literature, metaphysical intellectual entertainment, I’d have no complaints.  It’s his insistence on passing it off as a serious scientific effort that begs a frank detailed response, (even if I’m only a thoughtful spectator and no academic myself.)

Science is a set of rules and an attitude for observing and striving to understand our physical world, it’s about atoms and molecules, all they create, including biology and our planet’s biosphere, along with the rules all of it follows.  Science strives for objectivity, it demands facts and rejects ego driven conclusions.

All of us view the world through our own unique perspective, which of course is the product of genes, upbringing, environment, cumulative learning and experiences that produce inevitable biases in how we perceive the same bits of information.  Admittedly, there’s an ocean of difference between the professor and myself.

Donald David Hoffman (12/29/55) is a cognitive psychologist and popular science author. He is a Professor in the Dept of Cognitive Sciences at the University of California, Irvine, with joint appointments in the Dept of Philosophy, the Dept of Logic and Philosophy of Science, and the School of Computer Science.

Hoffman studies consciousness, visual perception and evolutionary psychology using mathematical models and psychophysical experiments. His research subjects include facial attractiveness, the recognition of shape, the perception of motion and color, the evolution of perception, and the mind-body problem. (wiki)

Me, I’m on the outside looking in on academia.  Born the same year as Hoffman, mine was a skilled working-man’s life with a passion for learning about Earth’s story through science, personal observation, thinking, reading quality popular publications and books, visiting libraries, museums, then the internet and always pondering the fundamental questions, fitting together pieces of the puzzle, and being astounded at all science was learning and sharing.

In particular, I’ve been impressed that even with all the unexpected surprises over these decades, there remains an underlying harmony and consistency that’s amazing.  Our understanding has been like an image coming into better focus as more pixels of information are gathered.  Seems like proof that we’ve developed a reasonably accurate understanding, even if some mysteries and surprises remain.  We shouldn’t glibly turn our backs on all we've learned.

To hear someone of Hoffman’s stature simply dismiss it all and replace our day to day reality with imagined icons replacing material stuff; reduce Evolution to a computer interface & game theory analogies; topped off with “conscious agents” zinging around like so many photons.  It’s mystifying, disconcerting, crazy-making, and a hell of challenge for me to get to work on enunciating a more down to Earth perspective on the Evolution of perceiving the reality we are embedded within.

Hoffman begins his book with a quote from a founding father of science,

reside in consciousness.  Hence if the living

creature were removed, all these qualities

would be wiped away and annihilated.

Read more »
Posted by citizenschallenge at 8:34 AM No comments:

Looking at it from a slightly different perspective:

From the cosmic perspective of some 14 billions years,

Evolution has no intent, it has matter, time, motion, outcomes.

An under appreciated analogy for “Evolution,” is to recognize that “Evolution” is a result of time’s relentless forward momentum. 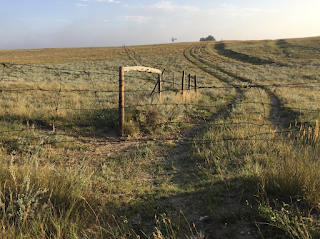 The sum total of human knowledge shows us with overwhelming consilience that our “Reality” started at what’s been coined the Big Bang some 14 billion years ago, when massive pure energy was released to create our Universe.

Here in our corner of the Universe, conditions were promising for something special to happen and it did.  It’s time/motion/gravity with sunshine and radioactivity that created Earth’s geological turmoil which is the source of life

Time married Earth’s geology with biology and it has driven all the changes since.  One second, minute, day, season at a time.  Resulting in folds within folds of cumulative harmonic complexity flowing down the cascade of time.

Read more »
Posted by citizenschallenge at 10:29 PM No comments: