This is my next generation blog, my previous effort is the dubiously titled “What’s Up With That Watts, et.al.blogspot” an effort at confronting climate science contrarians and their astro-turfing.  The blog has been a good vehicle for me getting to examine the contrarian mind close up and dirty.  Still a name change to something more descriptive is long overdue, thus “Confronting Science Contrarians” was born.

In the next weeks I'll be populating this site with favorites from WUWTW and Citizenschallenge my original blogging effort.

Why did I start confronting climate science contrarians and blogging?

Here’s a slightly updated explanation from two years ago:

Back in 2011 I started commenting at Anthony Watts' blog, WattsUpWithThat.  I did it with trepidation since I knew Mr. Watts had quite the reputation for banning skeptical comments about his own insinuations and pronouncements.  I tried being rational and civil, but the contrarian tactic of baiting to divert the conversation must have suckered me over his ‘tolerance-line’ and I found myself joining the legion of WUWT-banned and effectively censored from his online "debate".

Ironically his compatriots seem to have no limits on the hysteria, insults and fabricated claims they are allowed to inject - oh but you better not confront them with facts, that's unacceptable in their echo-chamber "debate."

What's a little go-getter to do?  Roll over for Anthony?  Why?  When I could respond with a blog of my own.  Thus, "What's Up With That Watts et.al" was born.

Dedicated to examining contrarian claims; learning about their debate tactics; confronting their arguments with reason and links to authoritative sources for learning; and sharing that information with other concerned students and citizens.

Deep down I was also hoping to spur some dialogue with other like minded individuals, perhaps even encourage some to engage in the public "debate" themselves.

It's been a little over six years now and I'll admit looking at some of the earlier posts occasionally I cringe - you see, I'm not a professional writer, nor scientist, I'm a skilled worker, a tradesman with decades of experience and a respectable mastery of carpentry and culinary arts and a smattering of numerous other acquired skills.

Workingman trades where you must do real work and meet other's expectations in a timely and satisfactory manner, as opposed to professional pundits and PR whizkids who don't have to do anything but write and write and talk and talk.

All my life rather than contenting myself with pro sports, or Hollywood fiction and celebrity worship, or obsessing over getting ahead of the Jones, I’ve been learning about our magnificent planet Earth and I've been aware of, and interested in, climate science since my high school science classes in the early 70s.

Bart Verheggen Says: March 6, 2015 at 17:59 Citizen and cjw, You’ve both said what you wanted to say it seems, let’s leave it at that. The current conversation is no longer constructive.
citizenschallenge Says:
March 6, 2015 at 19:40
Bart, yes, sort of, kind of… but you see, there is a lesson in it though.

I appreciate that I’m a bit irritating to some of you more serious educated folks. Still, my little thing is to really get inside the structure of the rhetorical manipulation going on – study it at close range, learn to understand it, watch it in action and hopefully from time to time be able to write about it and explain it along with highlighting it’s intellectual bankruptcy. ...
_________________________________________________

Earth is more than a pretty postcard - May 29, 2015
http://whatsupwiththatwatts.blogspot.com/2015/05/earth-morethan-postcard.html

It's deeply heartbreaking realizing how uncaring and disconnected people have become from the planet that sustains all of us.  It seems that the Republican/libertarian crowd despise our Earth and everyone who cares about her in the bargain.

{This is a bit clunky, but it does define the two types of debates out there.}

Concerning Our Failure to Appreciate the Weather 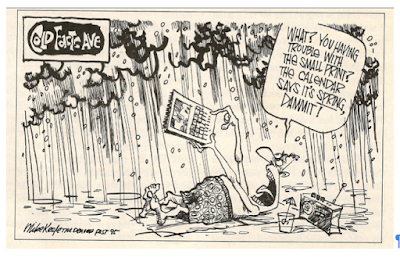 “Katrina and Rita in Context”
The Humanist,  Nov-Dec, 2005 issue
http://whatsupwiththatwatts.blogspot.com/2015/02/essay-concerning-our-weather.html

An Essay Concerning Our Weather
The Humanist Magazine, Nov/Dec 1995 https://www.thefreelibrary.com/An+essay+concerning+our+weather.-a017529280