Here I want to focus on the first couple paragraphs in March 20th, Pacifica Tribune’s What’s Natural? column.  It contains a melodramatic lead in with a curious narrative built around the P-38 dug out of a Greenland glacier.  Since this back story turned into such a fascinating fun, if oh so time consuming story, I figure it’s worth posting all this stuff on it’s own stage.

My question to Jim, what’s unnatural about the location of the Glacier Girl? 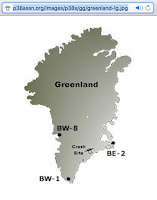 The P-38 is up the east coast, though somewhat inland.
http://p38assn.org/glaciergirl/recovery.htm

It starts with the Lost Squadron and the P-38 that was discovered some 264 feet, not the 300+ Steele claims, a typical example of his easy disregard for accuracy, found under the surface and some three miles down stream in a glacier.  Here Steele continues:

Steele writes:  ". . .  Southeastern Greenland had been gaining ice at a rate of 4 feet per year.
In contrast, climate scientists project Greenland will increasingly loss ice at CO2 concentrations increase.  …”

To begin with, can't we even keep the simplest basics straight?  Rate and depth of ice formation varies on such a huge varied island.  Also, please be clear it’s snow that falls on Greenland, with years, that snow gets compressed into glacial ice.

Second, there is no secret that the southeast coast of Greenland is subject to extreme maritime snows.

Third, even in a warming world Greenland will remain below freezing most the time for quite a while.  Plus there is more moisture in today’s atmosphere.  Snow fall will happen.

Acting as though that’s supposed to be a surprise is goofy.

Fourth, Steele still can’t wrap his head around the simple fundamental reality driving all this - it’s the atmospheric insulation - you could very accurately say that our Atmospheric Insulation Regulator was set around 285 ppm when the steam engine was invented, now we have cranked it past 410 ppm and rising fast.

That has geophysical consequences no matter how well anyone keeps their eyes, ears, and minds shut down.

Melting Greenland glaciers is one of the resultant* down stream cascading geophysical consequences, yes it will continue following natural cycles.  But, realize those cycles exist within an energizing global heat and moisture distribution engine.

Now we get to the story of the Glacier Girl and what she can tell us about Greenland.

What is Greenland's average snowfall?

I was a bit surprised at how difficult it was to track down regional snow fall numbers, sure the data I can find, the processing, no can do.  I need simple to understand pre-organized numbers, after all I’m just a spectator.

I have seen this number in a couple places now, so I’m comfortable with it for this exercise.

Okay lets do some figuring,

Mr. Steele what are we supposed to be shocked at?
That’s weather.  It still happens.
Oh and most mass loss is from glacial calving at sea level, silly.
Not that increasing surface runoff isn’t another serious issue.

Although that bring up another factor, the plane itself may have been carried deeper into this mobile plastic mass of glacial ice that it was embedded within.

Three miles down stream.  Shouldn't we be curious about the landscape under that ice and how that may have impacted the P-38 movement through the ice.

Steele conveys no conception for the movement of Greenland’s Glaciers which result in most ice mass being lost at sea level by glacial calving.

Furthermore before a lot of chest thumping about Surface Ice Sheet variations remember that’s just looking at the surface.  There is depth to Greenland’s ice sheet.

That’s where appreciating the difference between the Surface Ice Sheet Balance and Total Ice Mass Balance comes in.

Think about the challenges of being limited to looking at the surface of a big irregular bowl of ice, such as Greenland is, and the difficulty of figuring the volume of the various terrains in that bowl.

All these things provide great teaching opportunities, not only for better appreciating the impact of cumulating amounts, but also how dynamic Greenland huge ice sheet is.

Way more fascinating than this stupid on stupid “libertarian” arrogant derisiveness that they have honed so well.

Interestingly, there was another plane lost over Greenland in 1942.  Lost and forgotten, then found in 2012, some 70 years later.  How deep under the snow you think that one was?  38 feet!  Amazing, nope, location, location, location.

The P-38 National Association
The P‑38 National Association is a non-profit, veteran's organization whose purpose is to preserve and perpetuate the memory of this classic WWII aircraft, the P‑38 "Lockheed Lightning," and those who designed, built, maintained and flew it. Future generations should know about this amazing airplane and the difference it made in helping to win World War II. 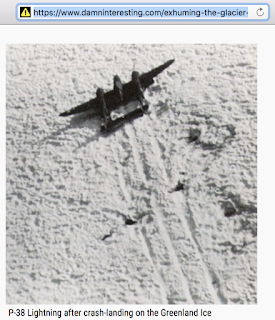 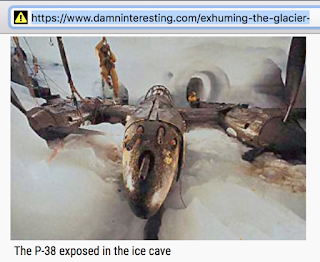 if you want more, check out this talk:

GE Aviation Lecture -- Bob Cardin
From the Ice, Back to Life: The Incredible Resurrection of "Glacier Girl"

This Lecture was presented on Wednesday, October 6 at the National Air and Space Museum's National Mall building.

Learn about "Glacier Girl," the famous Lockheed P-38 that became stranded on the Greenland Ice Cap, from Bob Cardin, the man in charge of rescuing her, and Rod Lewis, her owner.  On her way to Europe to fight in World War II, "Glacier Girl" made an emergency landing. Although the crew survived and was rescued, the aircraft remained in Greenland for the next 50 years under 268 feet of ice. After being dug out by a team of aviation enthusiasts, the airplane was repaired to flying condition, a process that took 10 years. "Glacier Girl" is now one of the most recognized and award-winning airplanes in the world.

Uncovering the landscape beneath the Greenland Ice Sheet

A plane found 38 feet under the ice: A Daring, High-Risk Rescue Attempt In Greenland In 1942 Has Come To Light Again 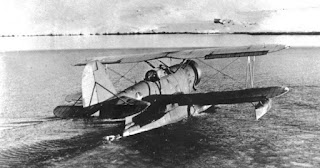 In August 2012, a team of explorers and U.S. Coast Guard Personnel found something amazing under Greenland’s ice. 38 feet down, sat a single-engined rescue float plane, preserved since 1942. The aircraft was a Grumman J2F-4 Duck, and onboard were Radioman 1/c Benjamin Bottoms, Lieutenant John A. Pritchard, and an injured survivor of another crash, whom they had just rescued, victims of Greenland’s harsh climate.

It’s quite the story, different people back then, I reckon.

I've added some links for those who want to check for themselves.

Surface mass balance is an expression of the isolated growth and melting of the surface of the Ice Sheet. Precipitation contributes to an increase of the mass of the Ice Sheet, whilst melting causes the Ice Sheet to lose mass.

In relation to the total mass balance, the surface mass balance says something about the contribution at the surface of the Ice Sheet – i.e. excluding that which is lost when glaciers calve icebergs and melt as they meet the warm seawater.

Since the 1990s, the surface mass balance has generally been declining.

Although it must be remembered that the area is subject to extreme weather and conditions certainly vary from year to year in reaction to other natural cycles unfolding.

It's Raining on the Greenland Ice. In the Winter.

Rainy weather is becoming increasingly common over parts of the Greenland ice sheet, triggering sudden melting events that are eating at the ice and priming the surface for more widespread future melting, says a new study. Some parts of the ice sheet are even receiving rain in winter—a phenomenon that will spread as climate continues to warm, say the researchers. The study appears this week in the European scientific journal The Cryosphere.

Greenland has been losing ice in recent decades due to progressive warming. Since about 1990, average temperatures over the ice sheet have increased by as much as 1.8 degrees C (3.2F) in summer, and up to 3 degrees C (5.4F) in winter. The 660,000-square-mile sheet is now believed to be losing about 270 billion tons of ice each year. For much of this time, most of this was thought to come from icebergs calving into the ocean, but recently direct meltwater runoff has come to dominate, accounting for about 70 percent of the loss. Rainy weather, say the study authors, is increasingly becoming the trigger for that runoff.

The researchers combined satellite imagery with on-the-ground weather observations from 1979 to 2012 in order to pinpoint what was triggering melting in specific places. …

Posted by citizenschallenge at 4:53 PM