Founded on a life time of learning through the findings of scientists.

Because Earth is our ultimate touchstone with reality and ourselves.

This insight leads to a realization that, for this complex living Earth that we experience, to exist at all, is proof positive that our Earth evolved down one particular pathway, no matter what we people imagine one way or the other.

Ours is to figure it out and appreciate - not to presume to define it!

We appreciate that we are evolved biological creatures born of Earth’s processes, as expressed through its singular Evolutionary Pageant.

We appreciate the profound divide between physical reality, that is matter, biology, laws of nature, on the one hand, and on the other, our thoughts unfolding within our amazing minds, (or more descriptively, within the realm of our “human mindscape").

We appreciate that fundamentally, awareness and life’s “consciousness spectrum” started over a couple billion years ago with the invention, then prospering, of the unbelievably complex organization of Eukaryote cells (some suggest guided by microtubules).

Consider that in due time these cells created colonies of cells that demonstrated a sense of place and order and purpose or the organism would have dissolved into a chaotic blob.  Increasingly complex creatures depended, at every step, on increasing awareness, sensing, data processing, physical systems growth & maintenance, internal communication along with improving and refining manipulatory abilities.

By and by, along came one particular clade the eutherians, small nocturnal insect eaters who gave birth to the class of mammalian animals, which begat the primates, which begat hominids, which begat our modern humankind species.

I believe a genuine understanding of oneself starts with the realization that we are an evolved biological sensing creature, and that our consciousness is fundamentally the inside reflection of your body/brain dealing with itself and the environment/circumstance it is embedded within.

This understanding leads to another inevitable realization, namely that our “Gods” are in truth creations of our minds, tailored by our self-serving egos. Which is okay, if one doesn’t take their God, or themselves, too seriously.

“I Am, therefore I Think” 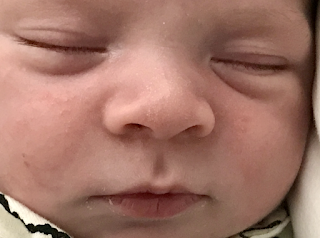 It’s been four years since first writing about my reflections upon a small epiphany I experienced.  An insight which left a profound appreciation for the “Human Mindscape ~ Physical Reality divide” through a deep-time evolutionary perspective.  My essay describing it is titled: "The Missing Key to Stephen Gould’s “Nonoverlapping Magisteria,” and has been followed by a some revisions.

Then I started reading Donald Hoffman’s: “Case Against Reality: why evolution hide the truth from our eyes” and found it a prime example of modern self-delusion and getting lost within a mindscape still shackled by Abrahamic thinking, (self-serving, self-certain, quick to simplistic assumptions, with its echos of dualism, and so on).  His insults towards Earth Sciences was a challenge I couldn’t turn away from and two years ago I posted the first installment of Prof Donald Hoffman Playing Basketball In Zero-Gravity - the prelude, with my final being, A Preview of Cc's "Hoffman playing Basketball in zero-gravity" a critical review of his "Case Against Reality,”  last November.

My intellectual adventure has continued, with Daniel Dennett (someone I could at least take seriously) via his interesting book, “Consciousness Explained.”  But that only drove me to Descartes and his “Discourse on Method” which turned out way more fascinating than I’d expected.

Though that still can’t hide the fact that Descartes lived during science's infancy*.  Descartes was an accomplished mathematician and familiar with optics, but beyond that he knew nothing of astronomy, physics, or light, or biology, his inaccurate human physiological knowledge didn’t rise much above that of an intelligent, inquisitive butcher's.

In his defense, all Descartes had was his mind!  1600s learned texts were still more opinion based on various dogmas and wishful thinking, then evidence and facts to build upon.  Once he read enough books and learned to recognize that, he decided to deliberately focus on his own mind and thinking process to the exclusion of all the mucho blah blah of his day.

The thing to appreciate is that today we have authoritative trustable knowledge flooding in at us from every direction.  Not perfect, but there’s a process for separating the chaff from the grain, and the demand for Honesty and Truthfulness remains a prime cornerstone of science in a way that doesn’t seem to exist in the general society anymore.  Individually all we need to do, is the homework & learning that comes with it, if we want to understand 'why & how' for ourselves.

Seems to me younger people should be skeptical of our historical philosophical intellectual heroes, after all, look at the mess they helped set into motion.  Too much time spent on echo's of religious arguments and genius egos busy trying to out-do each other.  Then that easy disregard for Earth's natural balance sheets of systems & processes, that incidentally are what's sustained us all these millennia of climate optimum, and long before.

Our collective disregard for accepting the concepts of conserving, making things last, not to be so gluttonous and obsessed with so many empty bells and whistles that the Hollywood dream machine keeps churning out for us.  Working together with Earth's natural system, nurturing, rather than relentless extraction.

Why not take Earth's Evolution seriously and do the homework to learn about what makes her tick?

Isn’t it time we recognize a new difficult really is steamrolling at us?   We need real ideas and ways of seeing the world around us, because tomorrow keeps coming, and staying fixated on the rearview mirror is not the way to survive.  The old truths failed your future, don't be afraid of moving on.

As we continue into our future, catastrophe's will happen more frequently, but so does the morning after.  Many of us keep getting through it, survive and wake to face the new day.  Now, more than ever, we need to take into account the need for honesty, fairplay, goodwill, cooperation and striving to better understand this Earth and her global heat and moisture distribution engine that we depend on for everything.

But now I digress into motivations for not walking away from this frustrating intellectual/political adventure of mine.

Thank you for your time and interest, 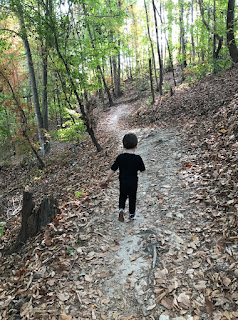 * I feel uncomfortable about those couple sentences since my over simplification could imply I imagine science starting in the Renaissance, when it fact science has fascinating roots that are more wide spread and deeper than we ever learned in school.

"The House of Wisdom, How the Arabic science saved ancient knowledge and gave us the Renaissance."   (2012)

New York Journal of Books provides an interesting overview of the book.

The Forgotten Legacy of Arabic Science

Posted by citizenschallenge at 10:18 AM