Considering God as a creation of our own human minds. (workbook #c)

This comes from a conversation over at CenterForInquiry discussion forum under the far ranging thread headed: Why Did You Choose Atheism?  It’s part of my workshop.

I offered a slight adjustment.

Now if only we really let that lesson soak in, as we think about who and what we are.

As for God, I would suggest that the evidence points to God being the product of our minds. And where did that come from you ask?

We people, every one of us who was nurtured through an umbilical cord and born from a woman, carry hundreds of millions, actually billions of years worth of biological tricks and tools and such within ourselves. Our body is aware of the echos of millions and hundreds of thousands of years worth of hominid, then human generations.  We are the sum total of their collective journey.  It’s not some abstract notion, our DNA is proof of that.

If God be anywhere, why shouldn’t she/he be found within ourselves, resonating through the creatures that became us, the echos of deep time?

I keep wondering, how do people justify constantly looking for God, out there?

Wishful thinking ? The assumption of a spiritual existence in the heaven of God.

The end has no end, but is a new beginning apart from physical existence and if you have been a good boy it is for an eternity of bliss.

Actually it is just an extension of the same evolved impetus that drives us to stay alive.

Good comeback, fair enough, though it does represent the believer's perspective more than the spectators.  Still I’m going to have to chew on it a bit, not that it changes my conviction that our gods do indeed come from within ourselves, rather than from up above. 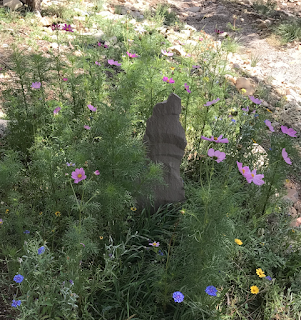 Evolved emergent complexity is the observed tendency for the universe to develop through time more elaborate structures of increased complexity beginning with matter itself.

I like that. The same can be said for our layered brains which were evolved over ions of creatures trying to survive through their day to day, eat, stay healthy, procreate, rest, live, seek, learn to survive as things change. That imperative starts at the beginnings of complexity within biological systems.

What’s wrong with recognizing consciousness is the result of our body’s functioning biology and sensory inputs from the world we happen to find ourselves in?

Opposed to what you are saying, there are a number neuroscientists pointing out that our consciousness is basically the inside reflection of our biological bodies dealing with life.

That outlook feels consistent with the experience of my own day to days. I’m aware of the evolutionary heritage that lies within my body, and the impulses that drive it and help it survive. It makes sense from my Earth Centrist perspective.

Evolution and having a general appreciation for the strands that make me, myself and I, along with where they originated, having a glimpse of the huge spectrum of creatures this Earth provided a home for, and that made me possible. Life and drama on the grandest scale.

That stuff positively informs my days and makes a real difference in my appreciate and dealing with the sturm und drang of my own days and how I deal with the creatures I interact with, human as well as animal, even botanical.

Posted by citizenschallenge at 11:24 PM