Responding to a Christian's missive. (workbook #b)

Comment Rejected… on the grounds that I won’t be a billboard, I’m looking for serious dialogue!

but I will build a response post around it.

Since Mr. Unknown’s missive comes at a good time and I’m in this ‘workshop mode’  I’m going to dissect his allegations as an exercise in explaining my ideas.  He and others are invited to share responses, here or at the CFI Forum.

Mr Unknown writes:  Citizenschallenge, you have been tricked into believing the creator of this earth has limits to what he can and will do.

The “creator” of this Earth is star dust and the work of billions of years worth of physics, geology, biology and cumulative change over time, that is Evolution.

Cc, I used to believe as you do and so started a recycling center in 1974 in N. Calif in southern Humboldt County. I wanted to save the planet but i had much much more to learn and i did.

Yes we certainly have plenty to learn when we’re still green behind the ears - oh but what fun years those are.  Fortunately, usually I took grandpa's advice: “Listen!  Even if you already know it all.  Shut up and listen, you just might learn something.”

You have created your own version of who I am, it does not fit the reality.

Although I’ll admit I know about Humboldt county back in da day: “sinsemilla, send some to me-ia”    ;-).

And okay it would have been nice to be part of helping save our biosphere, the planet will get by.  The global support systems we depend on, not so much.  It’s truly heartbreaking witnessing how horribly self-centered and greedy and self-destructive our generation wound up being.  Even after all we had learned about the ways of Earth.

But, that’s another story.

It took total surrender to the only one who rules heaven and earth.

I didn’t need to surrender to anything, all I needed was to open my eyes and senses to observing, honest curiosity, learning and contemplating nature and Mother Earth.

Observing, acting, thinking, learning, loving it and so on.

It’s amazing how much mother nature can teach those who pay attention, sort of like the Bible told me: “Seek and ye shall find.”  Scientist sure have learned a great deal, we should pay attention to them.

If you’re seeking is pure, that is, spiritually and intellectually honest.

Yes God exists he has shown himself to me and others and even spoke to me OUT LOUD once.

I don’t doubt it.  I myself have felt God’s breath against my back.

Thing is, the real mystical secret to grasp is that God comes from within you yourself, not from some outside cosmic source.

There’s something within you that is directly connected to all the generations that came through that umbilical cord that nurtured you into life.  It’s your direct connection to deep-time flowing through your body.

There you will find mystical fascination to no end.  But, it’s to be found within the biology that is you, the creature that Earth created.

Cc, you’re a student of learning of books and not of the reality around you.

Where do you come up with that?

Sure I try to keep up on interesting reading, mainly nonfictions.  But I also think about what I read. I’ve also gone out in the world and experienced more people and more jobs and places, then I’ll bet, you can imagine.

I’ve been a fully engaged student of life since my earliest memories, thanks to the good fortune of having two wonderful parents along with a fascinating eclectic upbringing.

You have created a mindset that has you limited and thinking the need to control the earths population. I too use to think like this.

You don’t know me, how can you assume how limited my mindset is?  Simply because I don’t sing: “Jesus Saves!”?

As for Earth’s population, guess you need to take some time to learn about our biosphere and the limits of human growth and expansion - and what we are currently doing to our life sustaining biosphere.

I am 66 yrs old and have learned many things from being a cryogenic technician to a recycling center controller to building green homes to gardening and growing food and restoring old buildings built in the early 1800's.

Interesting, we’re the same age, pleased to virtually meet you.

You restored old buildings.  Cool, I did my share of that, though not that old.  Up in Silverton, Colorado at 9,300 feet, among other not quite so dramatic places.

The key to understanding me is that I have deep appreciation for the Human Mindscape ~ Physical Reality divide.  Unfortunately I'm learning most don't have a clue what I'm talking about.  Yet, it's as simple and straightforward as can be.

I’m a bit more down to Earth than most, science fiction doesn’t excite me the way it does others - I’m excited by learning about evolution, geology, biology, history and the wonders of this unique planet, along with the human drama.

I pray you open your mind. 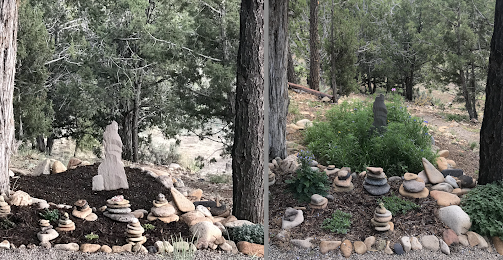 Open my mind to what?

I appreciate that I am an element in the Pageant of Earth’s timeless Evolution.  I embrace the creation that's unfolded one day at a time for millions and billions of years.  I engage with the days of my life on a level you can’t imagine.  I listen to you and imagine an intellectual jail cell.

What do you think you are offering?

I am somewhat prepared and certainly at peace with the knowledge my coming final breath and death.  Entering that endless deep dark sleep from whence none return, while others have to deal with my carcass.

My body will be cut up and utilized as others decide.  Not for any spiritual penance, it's more as a spiritual acknowledgment and gratuity to all I have consumed in my days.  A final grateful thank you to the world that treated me so well as I'm being reabsorbed into the Earth that created me in the first place.

As for my afterlife, my various echo’s will become part of the ongoing story, no matter how tiny.  And it is good.  The success story is that I didn’t waste my days when I had them.

What do you have to offer?

Citizenschallenge, you say you know such and such but what do you really know? ...

I’ve been spending a great deal of time and effort trying to enunciate that:

What is “Earth Centrism”?

Being an Element in Earth’s Pageant of Evolution

A Case For Reality

Because apparently someone needs to make one.

Have you simply calculated the curvature of the earth for example.. earthcurvature.com and you will learn a whole lot more that you ever thought.

Citizenschallenge, I pray you also will read the bible and come to know GOD, his SON JESUS and the HOLY SPIRIT. They created all that is seen and unseen. Stop looking at that which you can see and start opening your mind to that which is unseen. may Jesus bless you with wisdom and truth. 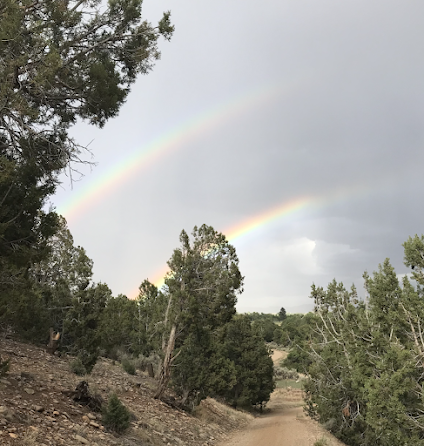 You don’t know anything about my background.

Ironically, I was the sincere young acolyte, lighting candles in reverent reflection on how much Jesus loved me.  Seriously, Tabor Lutheran, Chicago late ‘60s, imagine that.  I mean I felt Jesus in my heart as a presence as much as anyone who’s felt the “calling”.

Then quite early on I learned that Jesus’s lessons and spirit were one thing.  Religions and the people who ran them had altogether different intentions and actions.  I listen to what people said, then I watched what they did.  Many (actually sadly most) did not stand up to honest scrutiny.

I learned that Jesus wasn’t a savior, nor a key to everlasting life, Jesus was a composite of the best in humanity.  An ideal for us to strive to live up to.

Later I came to learn that Jesus’s Passion was a guide through our own most trying times.  Jesus is all about helping us find our way through the here and now.

It’s not even like I’ve ever renounced Jesus.  Were I to met Jesus on the road, we’d get along, share some good talks over the camp fire, perhaps some tears, since he’s the kind that could bore deep into the essence of a person’s heart, then we’d part in friendship, while offering our own blessings to each other.  As opposed to being so hubristic as to presume to offer "God's Blessing."

That would be that.  Well, there would also be that afterglow of a new friendship with a very singular person.

Posted by citizenschallenge at 8:33 PM