Diary: Is anybody out there? (what is Earth Centrism?)

Should you care?  Do you care?

What is Earth Centrism anyways?

Earth Centrism is an Emergent Appreciation, when all those insights one’s collected come together into a tapestry, a pageant of life and circumstance so harmonic and graspable that it blossoms into a visceral feeling that infuses one’s body.

That’s when Earth Centrism begins to mean something.

I am an element in the flow of creation and it is good.

Earth Centrism, is a perspective on our human condition that’s based on the understanding that Earth is our fundamental touchstone with Physical Reality and that we are creatures of Earth’s own natural processes.

Earth Centrism comes from appreciating the “Human Mindscape ~ Physical Reality divide” and getting a handle on how the three Abrahamic traditions, that are fundamentally self-serving and self-obsessed, continues dominating philosophical though to this day. The Mind/Brain conundrum, the Hard Problem of Consciousness, are ancient arguments dressed up in modern language.

Earth Centrism is founded on the understanding that scientific study of the material world is our best window into understanding physical reality, because Science is, at it’s core, a set of rules for observing and recording and learning about our natural world that strives as much as possible to eliminate the human ego from its deliberations.

Science is founded on an unspoken understanding that we need each other to keep ourselves honest. It’s a community of educated, competitive, skeptical, experts who are constantly looking over each other’s shoulders. With fidelity to honesty being their Golden Rule.

I also contend that science, at its core, offers spiritual/mystical challenges, experiences and resolutions, well beyond the traditions of our human made, ego straddled, religions with their tunnel vision and that resentment towards Earth and learning.

Further reading for the curious:

What is “Earth Centrism”?

Being an Element in Earth’s Pageant of Evolution

Diary, "INDIVISIBLE" All hands on deck they say.  What do I have to offer?

Because apparently someone needs to make one. 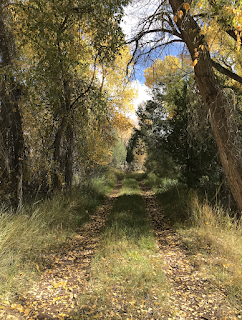 So that's the introduction to a letter I intend to send around.

I figure if they get through that introduction, then continue to look at some of the titles I shared, and then are still reading, I owe them a bit of the rest of the story:

My name is Peter Miesler and I write under the moniker of citizenschallenge.

Born in 1955, my family immigrated from Germany before I was a year old, I grew up bilingual/bicultural in Chicago, Illinois until 13, then we moved to San Francisco Bay Area where I attended Burlingame High School (class ’73), there I learned about Earth sciences and climate science, and the dawning realization that Earth was finite and that we humans and our burgeoning society was reaching limits to growth - in particular, Earth’s ability to sustain us.

I was a science loving bright eyed tree hugger who participated in the first Earth Day celebrations. I never became a scientist still I never lost my love for science and learning and have proactively kept up on homework and scientific news, so I am familiar with the scientific trajectory and findings of this past century and these past decades, where amazing insight have been achieved.

Here in 2021, our society and Earth is living out my worst fears, and I’m a bit startled that mine and younger generations actually allowed things to go so terribly off the rails. I expected better. Still here we are. Today, in the short term, the one thing I know is that if the Democratic Party doesn’t start changing minds, we will continue losing and watch the corporate oligarch’s well executed decades long hostile takeover of our government consummated.

The Democrat Party needs to worry less about donations and more about helping change minds and engaging citizens to care enough to try to stand up to the ever more scary bullies that the Republicans are brainwashing, grooming and unleashing on us.

The Democratic Party needs to start proactively nurturing a real grassroots community spirit, by helping us concerned individual citizens network with each other, so we can reinforce each other and better develop constructive ways to confront the various Republican campaigns of willful belligerent ignorance.

A healthy democracy demands an informed and engaged citizenry!

But how to change minds if there’s nothing to offer as an alternative?

My experience has been a lifetime of living and working, most of it outdoors in southwest Colorado. All the while learning about Earth’s biosphere, our evolution, the birth of geology, then biology, then the dance of Evolution between the two.

Consider the many startling realizations along the way, beyond stardust, we carry genetic codes and biological machinery within our blood that trace back, not just millions of years, but billions. We are part of an incredible biosphere and web of life and an ongoing adventure, born of wonderful changing environments, that we are only beginning to comprehend.

I’ve discovered there’s a profound difference between hearing that you are an element in the pageant of evolution - yeah, yeah, so what? It’s quite another experience, to have an actual visceral appreciation for the majesty behind the evolutionary reality of who we are inside .

Sure beats the paper thin salvation holy books and pick-pocket preachers offer. Like the difference between a postcard and being there. But, to appreciate all that requires a serious honest curiosity and proactively learning.

I’ve also discovered that a key to understanding the roots of human folly, is recognizing our fundamental inability to get beyond lip service, when it comes to actually appreciating the Human Mindscape ~ Physical Reality divide and its implications.

Rather simple, but quite deep once we start realizing how much western philosophy has been shackled by the age old egocentric blinders that all three Abrahamic faiths straddled western society with.

All that led to the contrived mind/brain problem, which is more of an Ego/God problem than any biological conundrum.

If any of that resonates with you, please explore and share these writing and my student resource: “The Case For Reality” (Hoffman playing basketball in zero-gravity) .

I can’t help believing there’s a group of thinkers and writers who are looking for someone like me to join them.

I keep hoping someone will help me find them.

Posted by citizenschallenge at 11:45 AM