The single most important lesson to understanding the physical reality of manmade global warming: IT’S THE ATMOSPHERIC INSULATION SILLY!
One simply can not comprehend anything else about current climate changes without first achieving that bedrock understanding. 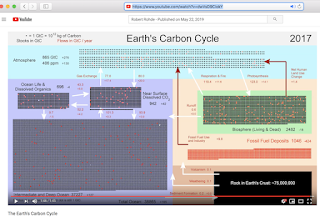 Today’s science-contrarian industry has made it their goal-one to muddle and hide away that fundamental physical certainty from public view - and frankly, rationalists at all levels have been compliant suckers in going along with the bully con job and turning a blind eye on the obvious.  Rather than focusing on and explaining what is known for certain.
Okay, so how to explain Earth’s Carbon Cycle to people?
As it happens Robert Rohde has managed to put together an amazing data visualization that drives home Earth’s carbon cycle like nothing I’ve seen before.

It’s short 1:45min - first time through it’ll overwhelm, let it flow, then watch it again and again.  I’m not a rerun sort of guy, but this one needs to be watched repeatedly, each viewing opening up a little more of its full glory and essence.
This is one of those videos every politician, business leader and citizen ought to watch.  This is what reality looks like!
From there?  Second base, would be atmospheric fundamentals, our CO2 insulation regular through time and how the past ten millennia have been so incredibly special.
Third base, learning about and appreciating how that heat migrates through our Global Heat and Moisture Distribution Engine and how in turn that weather dictates our biosphere.

Animated diagram of the Earth’s Carbon Cycle and how it has changed over time. Carbon, in various forms including CO2 and organic materials, is continually exchanged between the atmosphere, oceans, and biosphere.


In the pre-industrial period, these exchanges found a natural equilibrium such that the amount of carbon in each group remained more or less constant.


However, human activities have perturbed the carbon cycle. The large amount of carbon added to the atmosphere by the burning of fossil fuels has dispersed itself through the atmosphere, oceans, and biosphere.

I tip my hat to ATTP for the heads up,

Dots represent a gigatonne of Carbon as they move through the global system. 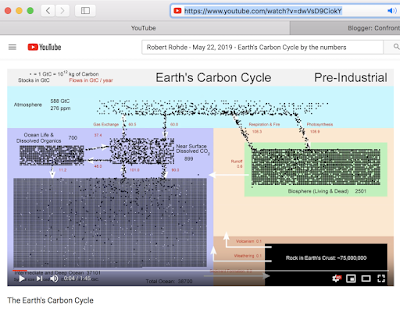 ~~~~~~~
1850 introduces a new geologic/geophysical factor.
People have learned how to harness the heat locked up in fossilize fuels.
It also achieved ever more efficient ways of accessing and burning it.
The Red Block appears which represents
Fossil Fuels Deposits. 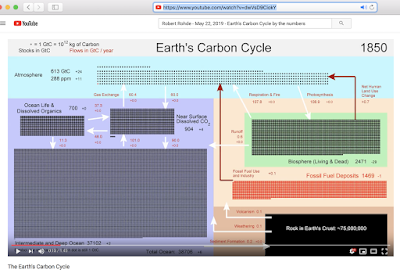 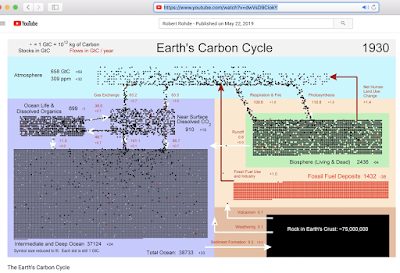 Watch the tempos of these red dots entering the system, a gigatonne at a time. 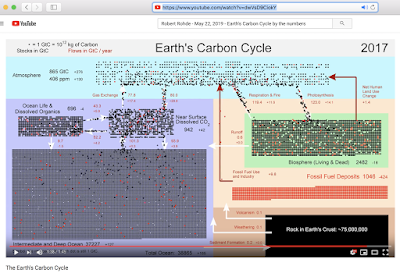 Posted by citizenschallenge at 9:44 AM