Defending Physical Reality, because apparently somebody needs to.

Philosophy has and will continue to resemble a dog chasing its tail,

in contrast to science’s hound sniffing out its quarry.

Updated with a learned perspective on philosophy, scroll to bottom for video: 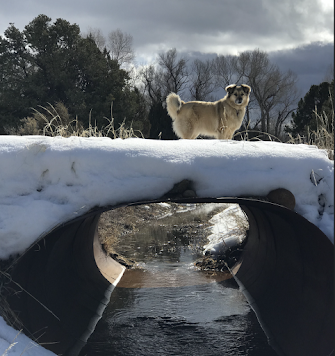 I've read a little bit about Jan Koenderink, no doubt he's a brilliant man with many impressive accomplishments.  I can't hold a candle to this master of academia.  Nor is my intention to dismiss him.  But, fact remains this particular paper says much worth disputing.  For me, it's another example of what I refer to as getting lost within one's own Mindscape and losing sight of physical reality.

The following is intended for students who think something is being missed by the masters.  Students curious and motivated to do their own homework, to figure it out for themselves.

I go into the historical roots of the fundamental issues relating to the “interface theory of perception,” concentrating on the sciences rather than on philosophy. …

I am mainly in sympathy with the concepts discussed in the target article. I have often used the “interface paradigm” myself (Koenderink, 2011, 2013) in vain attempts to kick people out of their mainstream slumber. The rare reactions, however, have been negative (e.g., Tyler, 2014). I foresee some frictions in getting the ideas of the authors accepted!

Yet the basic notions are hardly revolutionary. They occur in philosophy—that is, proto-science—from the earliest days, …

I find it interesting how Koenderink injects “Proto-science.”

In philosophy, the coin of realm is rhetorical abilities.

In science, the coin of the realm is honest observations and constructive learning.

Philosophy has no standards of objectivity beyond the writer's imagination and the ability to argue effectively.

The English word “reality” might be translated into German as either Realität or Wirklichkeit. This German distinction reveals a basic dichotomy. One reality is your awareness here and now, whereas the other reality is sometimes referred to as the physical world.  …

This is where I believe it’s appropriate to step outside our imagined ‘god's eye view’ and recognize our physical reality from the perspective of the creature within us.

The simple fact of us existing requires that we are a product of an unfathomably ancient evolutionary process.  Nothing else makes rational or emotional sense.

That being the case, there is a physical reality that is ultimate, that simply is, and in some fundamental ways it has nothing to do humans, we just happen to be an incredibly lucky fluke.  Billions of years worth of incredibly advantageous breaks.  Very much like all the other creatures we share Earth with today, but we're the epitome of complexity.

It feels to me like Koenderink and Hoffman and the like have lost sight of that fundament reality we were born into.  I suspect because they are blinded by the brilliance of their own minds.

Awareness is not to be confused with consciousness, a notion of self, or reflective thought. It simply is. It is the ultimate subjective fact. Because it is not an objective—that is, public—fact, it is outside the reach of science.

How about the ultimate objective fact?

If awareness is outside of science, it's because its a product of our Mindscape.  Science is constrained, by physical reality, to studying physical reality.  (Actually, human scientific ingenuity is figuring out strategies for eavesdropping on the mind - but I don’t think that detracts from the fundamental meta-physical nature of thoughts and awareness.)

Consider it in simpler straightforward terms.  We are embedded within this physical reality - that simply is - and our bodies must react to the constraints of physics and the “laws” of nature to survive.

Our human minds are on an altogether different footing.  The Mind is thoughts, unrestrained by the limitations of nature and the physical reality of this Earth.

Why not face, and then boldly acknowledge, and be humbled by the Physical Reality ~ Mindscape divide?

The mainstream is fully, albeit silently, committed to a belief—indeed, I can only call it a belief—in the “all seeing eye” (Koenderink, 2014). For instance, one aspect of the notion of “interface” involves its nonveridicality. Notice the touchstone that is applied.

It took physics a century to realize Kant’s (1787) “Copernican revolution” (mentioned in the preface to the 2nd edition of his Kritik der reinen Vernunft). A convenient date for this advance is 1894, with Heinrich Hertz’s (1894) ideas in Die Prinzipien der Mechanik in neuem Zusammenhange. Max Planck (1944) finished it off—for instance, when he held that the causality principle is neither true nor false, but an act of faith, or that mind is the matrix of all matter.

“Physical objects” have become recognized as symbolic forms, and physical reality as constructed from these.

Nobody “understands” physics, perhaps least of all physicists.

This is gratuitous and irritating hyperbole in the age of space travel and CERN, super computers, and the medical wonders we witness these days!

What level of absolute understanding is the author expecting?  What will satisfy this philosophizing?  Is it ever spelled out?

It simply exposes the folly of human gluttony.  Too much is never enough, be it material or mental.

Physical reality has become our model, an interface.  …

Here’s another example, this makes it sound as though it’s the defining that creates our reality.  That’s what I mean by getting lost within our Mindscape.

If we can’t quite figure out everything, that’s no reason to question the fundamental soundness of the underlying physical reality itself.

Why second-guess the physical reality that made us?  Wouldn't it make more sense to start by questioning our own judgement calls?

… In 1874, Franz Brentano famously wrote, in Psychology From an Empirical Standpoint: ...

Following this there’s a historical review, it’s quite a wild ride.  Even trimmed down to the bone, my quotes came in at over 400 words, but since most of it is background and a diversion from the point of my Hoffman project, I've decided not to include any it.

Besides, it'll make for a more interesting ride without my introductory warm up.

Much as I am in sympathy with the ideas expressed in the target article, I consider them part of a minor tradition in Western intellectual history that has been around for centuries. To me, this understream indeed makes much more sense than the mainstream. …

In summary, I would say the message is that the following mainstream beliefs are harmful to the understanding:

How does one manage to imagine existence of this world we experience every day (Earth, her Evolution, the Universe) without the “world” being fully structured regardless of human observation or not?

Senses are receivers that can only process what the world projects onto them, how well, or poorly that data is processed by those instruments and their brain, is an altogether different matter.

So what?  Where’s the profundity?  Why should these latter two points negate any of the former three points?  How is this supposed to inform or improve our understanding, or our lives?

“Mind adapts to the circumstances. So does reality. So does truth.

This is what the “interface theory” is about. If you retain that from the target article, it has hit the bull’s eye.”

Objectivity, or lack thereof, is a product of our minds. Reality simply is, regardless of how well we understand it or not.

I shared part of this post over at the Center For Inquiry discussion forum, and received the following response:

“I’m too tired to put this in my own words at the moment.”

Then he shared a talk from November 26th, 2013, given by Richard Carrier.

It turned out to be a wonderfully enlightening talk.  Gratifyingly, it turns out my crude assessment has some basis in fact.  Except that Richard Carrier makes clear that my negative impression only applies to part of today's philosophical universe.

(clink on image for better view) 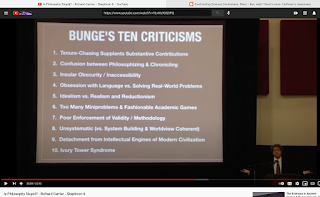 There’s much worth taking seriously, and I can whole heartedly agree with Dr. Carrier overall message.

Cc’s Students’ Study Guide for The Case Against Reality.

A critical review of, The Case Against Reality:  Why Evolution Hid The Truth From Our Eyes, by Donald Hoffman, ©2019, W.W.Norton Company

I intend to be a witness for a fact based DeepTime,
Evolutionary perspective on our Human Mind ~ Physical Reality interface.

We propose that selection favors nonveridical perceptions that are tuned to fitness. Current textbooks assert, to the contrary, that perception is useful because, in the normal case, it is veridical. Intuition, both lay and expert, clearly sides with the textbooks. We thus expected that some commentators would reject our proposal and provide counterarguments that could stimulate a productive debate. … (HSP)

(3.02)  Barton Anderson - Where does fitness fit in theories of perception?

(3.05)  Jacob Feldman - Bayesian inference and “truth”: a comment on Hoffman, Singh, and Prakash.

(3.06)  Chris Fields -Reverse engineering the world: a commentary on Hoffman, Singh, and Prakash, “The interface theory of perception”.

(3.08)  Rainer Mausfeld - Notions such as “truth” or “correspondence to the objective world” play no role in explanatory accounts of perception.

(4.01)  Rainer Mausfeld: ‘Truth’ has no role in explanatory accounts of perception.

(4.03)  The Case For Reality: Because Apparently Someone Needs to Make One

(4.04)  Sabine Hossenfelder: in Defense of Scientific Realism and Physical Reality

(4.07)  Can you trust Frontiers in Psychology research papers?  Student Resource

(4.08)  Critical Thinking Skills - In Defense of Reality - A Student Resource

explaining why I've pursued this project.

(6.02)  The Other Side of Mark Solms PhD, farmer, vintner, humanitarian.

(7.03)   Being an element in Earth’s Pageant of Evolution

Posted by citizenschallenge at 12:07 PM