Pruitt about our atmosphere. In the beginning.

At the root of Republican (and Pruitt’s) inability to understand our global climate engine and what we are doing to it, is their shallow perception of our planet.  To them our “environment” and “biosphere” are abstract concepts with the depth of a post card to their minds.

It requires a serious understanding of and appreciation for these past four and half billion years of dynamic evolution unfolding one day after another before you can hope to understand what’s happening to our atmosphere and what it promises for our future.

I start with a short video that helps put the notion of deep time into perspective.  Then a lucid introductory lecture from an excellent speaker, Professor Julie Ferguson, discussing our atmosphere’s evolving composition.

4.6 Billion Years in the making. Our wonderful world
https://www.youtube.com/watch?v=9Ra9lwKn75s

UCIrvine OpenCourseWare
Published on Apr 3, 2014 - University of California at Irvine 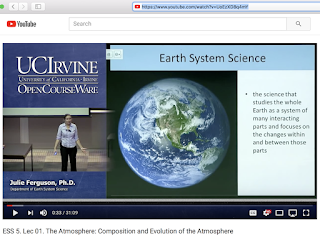 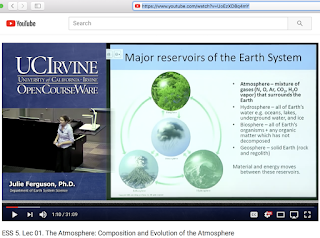 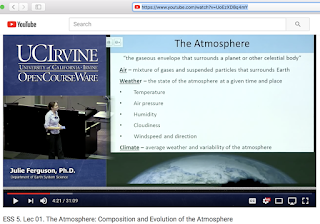 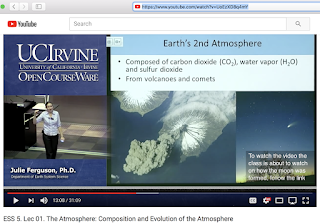 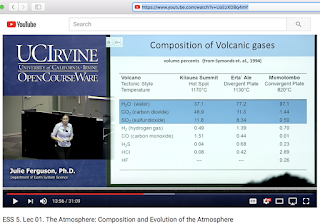 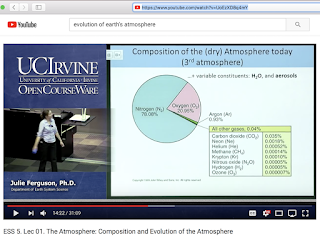 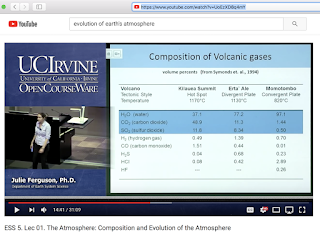 16:30  Atmosphere, temperature water vapor connections?
17:00  What happened to all the atmospheric Carbon? 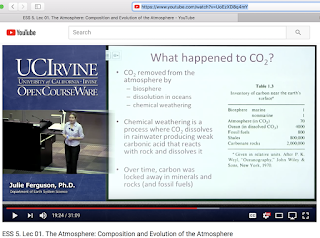 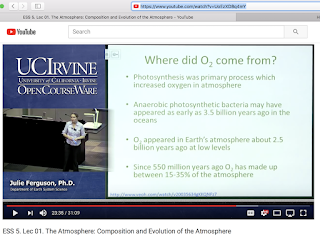 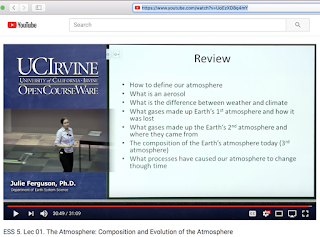 The complete course given by Professor Ferguson:
http://ocw.uci.edu/courses/ess_5_the_atmosphere.html

Course Information: The composition and circulation of the atmosphere with a focus on explaining the fundamentals of weather and climate. Topics include solar and terrestrial radiation, clouds, and weather patterns.

At http://whatsupwiththatwatts.blogspot.com/2016/01/2-coevolution-of-minerals-and-life.html
I have the video embedded with an outline of the talk and time signatures noted.

The story of Earth is a 4.5-billion-year saga of dramatic transformations, driven by physical, chemical, and—based on a fascinating growing body of evidence—biological processes. The co-evolution of life and rocks, the new paradigm that frames this lecture, unfolds in an irreversible sequence of evolutionary stages. Each stage re-sculpted our planet's surface, each introduced new planetary processes and phenomena, and each inexorably paved the way for the next. This grand and intertwined tale of Earth's living and non-living spheres is only now coming into focus.

Sequential changes of terrestrial planets and moons are best preserved in their rich mineralogical record. "Mineral evolution," the study of our planet's diversifying near-surface environment, began with a dozen different mineral species that formed in the cooling envelopes of exploding stars. Dust and gas from those stars clumped together to form our stellar nebula, the nebula formed the Sun and countless planetesimals, and alteration of planetesimals by water and heat resulted in the approximately 250 minerals found today in meteorites that fall to Earth.

Following Earth's growth and separation into the core, mantle, and crust, mineral evolution progressed by a sequence of chemical and physical processes, which led to perhaps 1500 mineral species. According to some origin-of-life scenarios, a planet must evolve through at least some of these stages of chemical processing as a prerequisite for life. Once life emerged, mineralogy and biology co-evolved, as changes in the chemistry of oceans and atmosphere dramatically increased Earth's mineral diversity to the almost 5000 species known today. …

Very early in our Earth's life there were two key events that transformed our planet from just another conglomeration of rocks orbiting a star, to a place brimming with potential. …

Posted by citizenschallenge at 11:05 PM