Here are some more excellent videoed talks discussing the Ediacaran Period before I move onto the Cambrian Period in this Pageant Earth's of Evolution.

The first is an presentation by Alex Liu, the sound suffers from some unfortunate interference, still the talk is well given and worth hearing out.  The second features Calla Carbone at 2016 Royal Tyrrel Museum speakers series, while she reinforces Liu's message, she also expands with further insights into early ecological community development and the varied environmental niches that appeared.  She's a bit nervous, but considering she was a newly minted Masters at this point, it's an outstanding talk.  This is followed by an audio of a fascinating BBC Our Time Podcast conversation hosted by Melvyn Bragg with guests Martin Brasier, Richard Corfield and Rachel Wood.

The Ediacaran Biota and the development of modern marine ecosystems
https://www.youtube.com/watch?v=hh0OKAuphyM

Life in the modern oceans is abundant and diverse, but it hasn't always been that way. For almost three billion years following the initial evolution of life, the only inhabitants of the marine realm were microscopic, and largely microbial.
Then, some 580 million years ago, large and complex organisms suddenly appear in the fossil record. Known as the Ediacaran Biota, these enigmatic and unusual life-forms, bearing little resemblance to any organisms seen before or since, seemingly dominated the planet for around 40 million years.
This domination ended with the 'Cambrian Explosion' around 540 million years ago, when modern animal groups can first be recognised worldwide, and the Ediacaran organisms disappear from the record.

Find out more at http://noc.ac.uk/news/marine-life-tal... 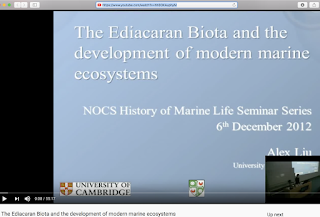 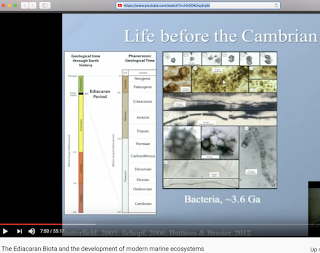 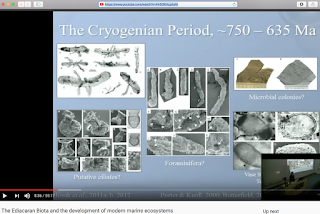 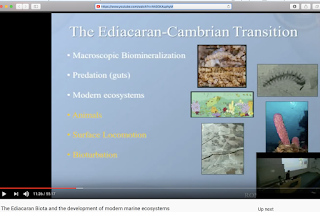 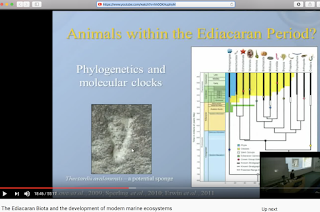 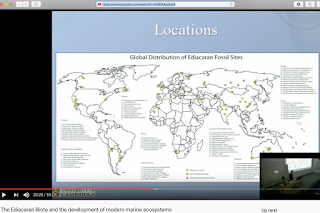 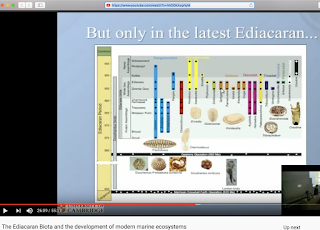 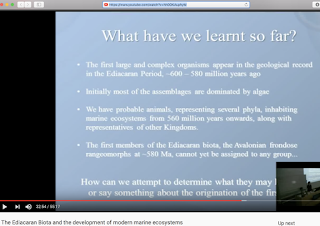 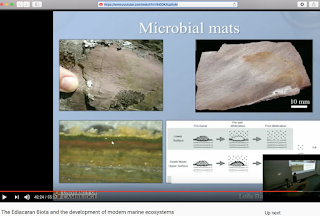 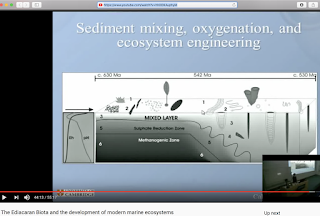 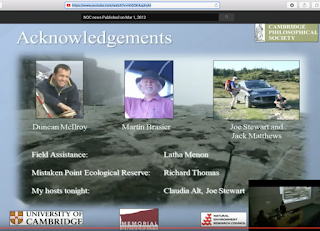 I conduct research into the fossil record of the Ediacaran Period, combining extensive fieldwork with experimental laboratory-based study in an attempt to elucidate aspects of the taphonomy, ontogeny and palaeoecology of Ediacaran organisms. The Ediacaran Period records a time when the planet underwent major tectonic, chemical and climate … 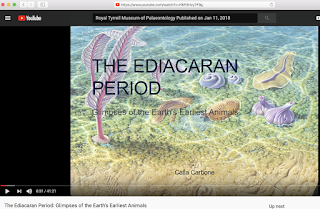 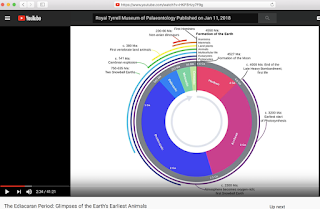 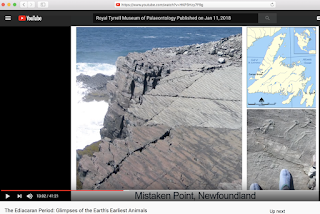 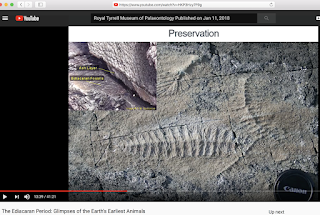 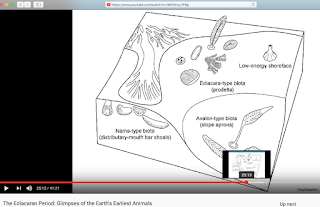 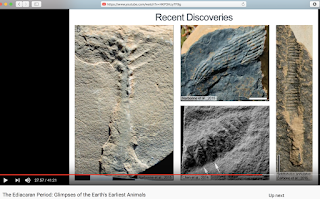 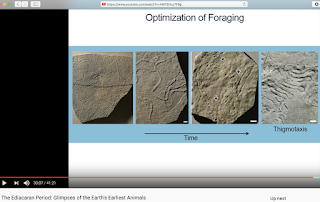 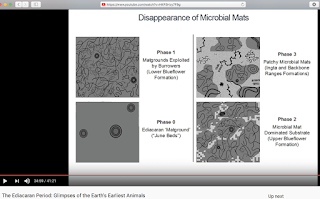 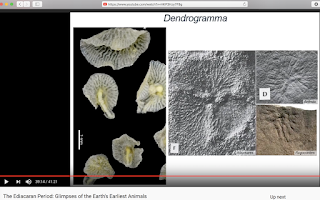 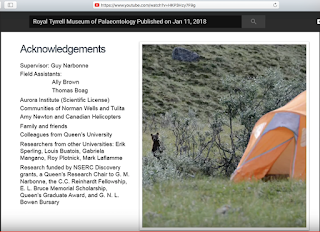 Melvyn Bragg and guests Martin Brasier, Richard Corfield and Rachel Wood discuss the Ediacara Biota, the Precambrian life forms which vanished 542 million years ago, and whose discovery proved Darwin right in a way he never imagined.
Darwin was convinced that there must have been life before the Cambrian era, but he didn't think it was possible for fossils like the Ediacara to have been preserved.
These sea-bed organisms were first unearthed in the 19th century, but were only recognised as Precambrian in the mid-20th century. This was an astonishing discovery. Ever since, scientists have been working to determine its significance. Were the Ediacara the earliest forms of animal life? Or were they a Darwinian dead end? Either way, it is argued, they reveal some of the secrets of the workings of evolution.

{These are very rough time signatures of key points in the discussion, jotted down as I was busy helping clean house - too many things going, the big day is almost here.  I've listened to this multiple times past couple days, but never when I was sitting down at the computer   Hopefully I can fixed up the following over the course of tomorrow - need to keep this parade going.}

25:00  -  Global Cap Carbonates and their significance

36:00  -  Failed experiment misses the point.
{Here _____ misses the chance to underscore the point that organisms can not be understood, without also understanding their environmental conditions.
Organisms are constantly adapting themselves to an always changing environment, climate regime.   }

Posted by citizenschallenge at 10:29 PM