A nice thing about having my own blog is that I get to do what I want and since I've finally completed the big project I assigned myself this past summer - I'm going to repost the first half of my Pageant of Evolution in 24 hours before sharing the finale in the next post. 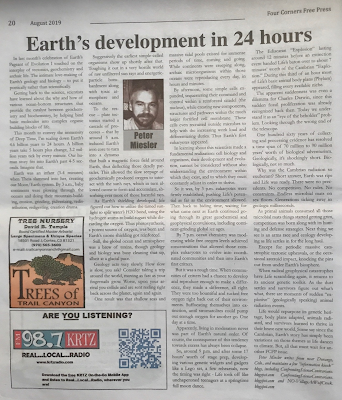 An index of this collection of my favorite YouTube videos dedicated to a better appreciation of Earth’s pageant of evolution to date:

September 23, 2019
Diego Garcia-Bellido - Animal Dawn - What a scientist sounds like.

Posted by citizenschallenge at 9:19 PM